The Nebuta House, Japanese museum and culture center which explore the history of the Nebuta Matsuri, one of the biggest festivals in Japan, was created by Molo and Frank La Riviere Architects, in 2006. In this festival mythical figures that represents dragons, beast and heroes are represented by folded paper statues. Therefore, the main idea for the outer skin of the culture center was to create a layer that would represent this characteristic of the festival and resemble the paper creatures. 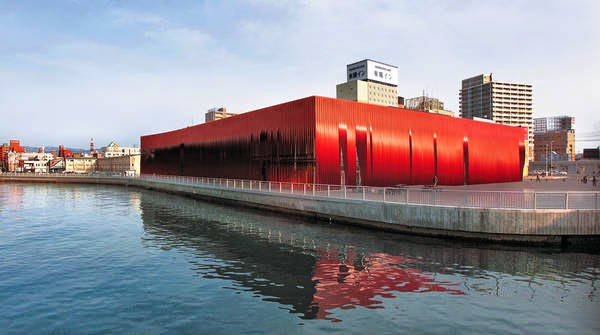 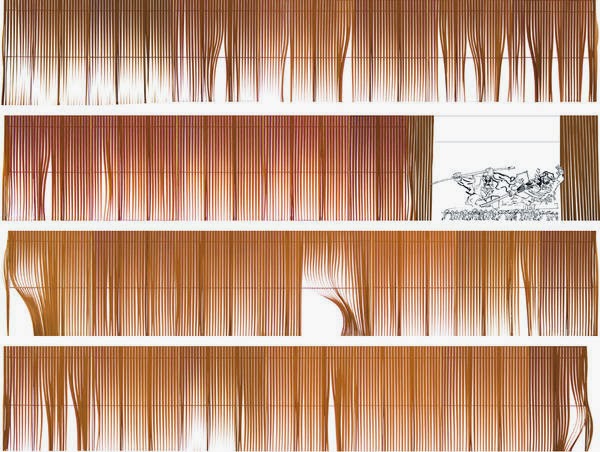 Façade sequence from north to east (with main entrance) and south to west.

Covering the whole perimeter of the building, 748 steel ribbons where individually fabricated in order to achieve on the façade the movement desired. The different angles of the ribbons provide different openings which allow the light to enter differently into the building during times of the days. The ribbons are supported on four points: bottom, top and two intermediate points along the piece, which is joined to a galvanized steel structure in the back and that allow the rotation of the pieces around its axis. In three points, the joint has an looseness in order to allow  the thermal expansion and the bending moments caused by the sea breeze Each ribbon has 12 meters of height, 30 centimeters of width and 9 millimeters of thickness. 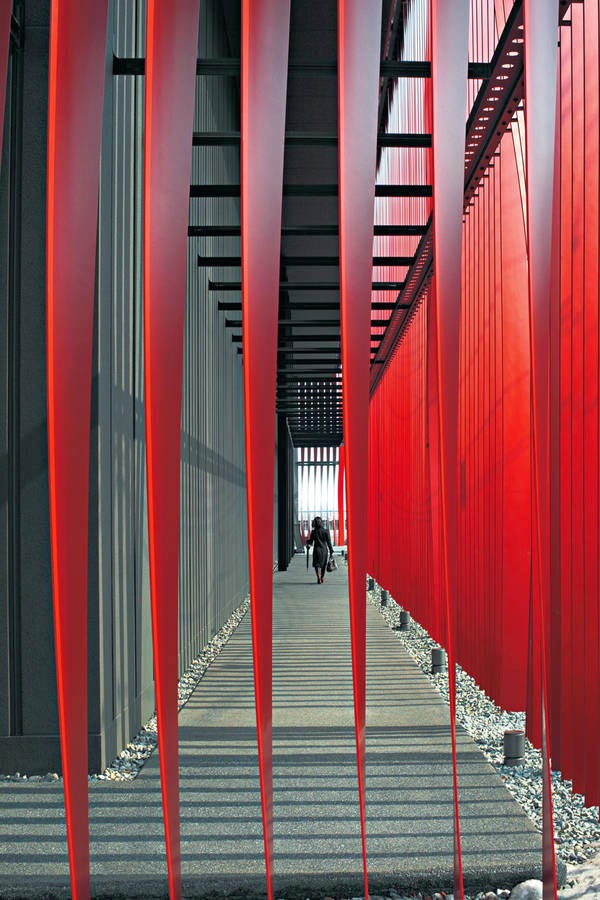 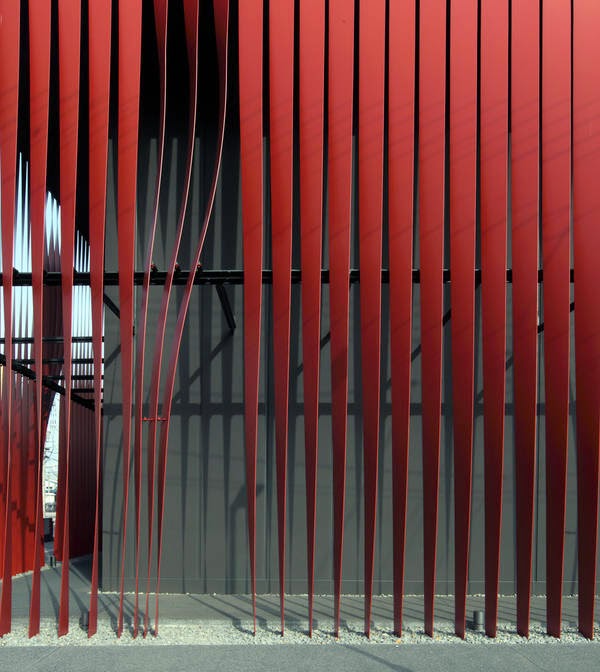 The outer and inner layers create a galery in between which represents the transition of the
real world into the mythical . 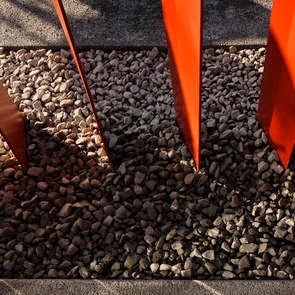 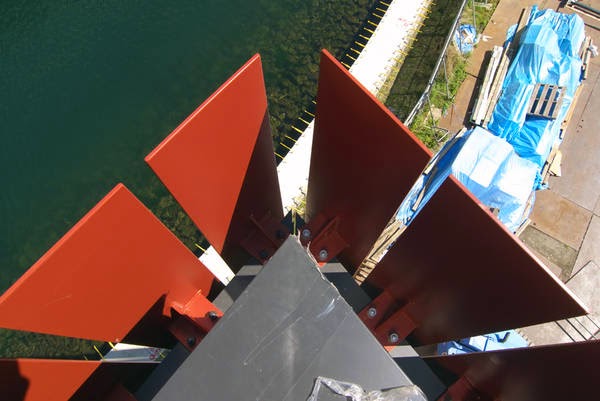 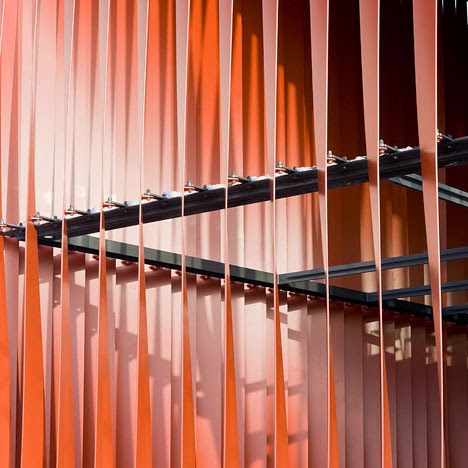 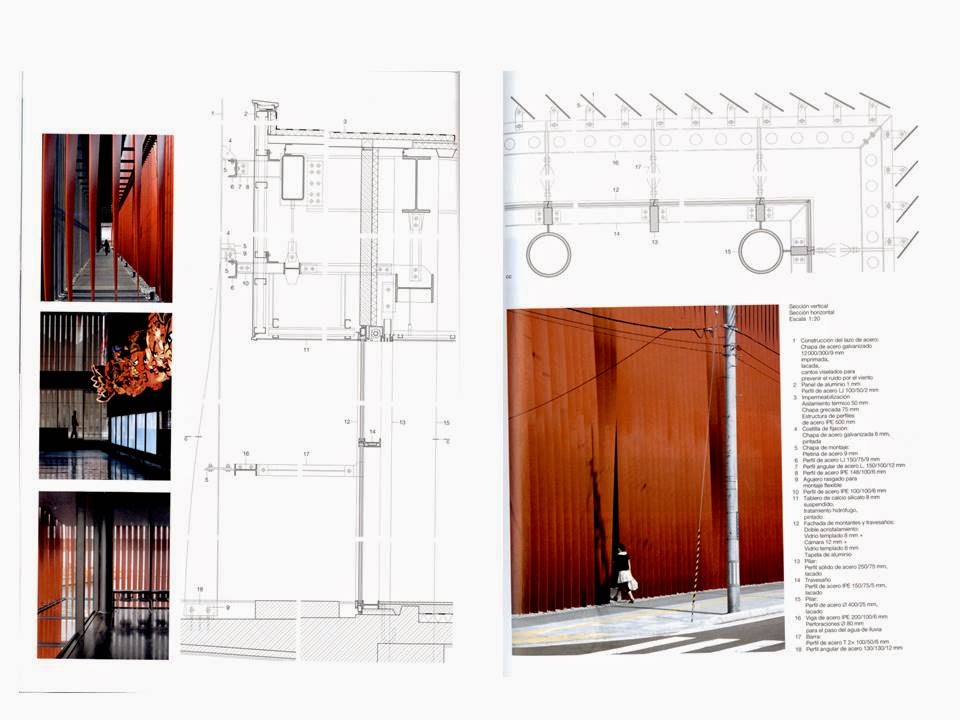 In order to develop the envelope of the building a study with crafted models were done in order to test the different inclinations and shapes of each piece and its effects on the light, rain and wind which would enter the building (which has also an internal layer of glassed glass.). One machine was created with specific setting to fabricate all the different pieces with its specific deformations. 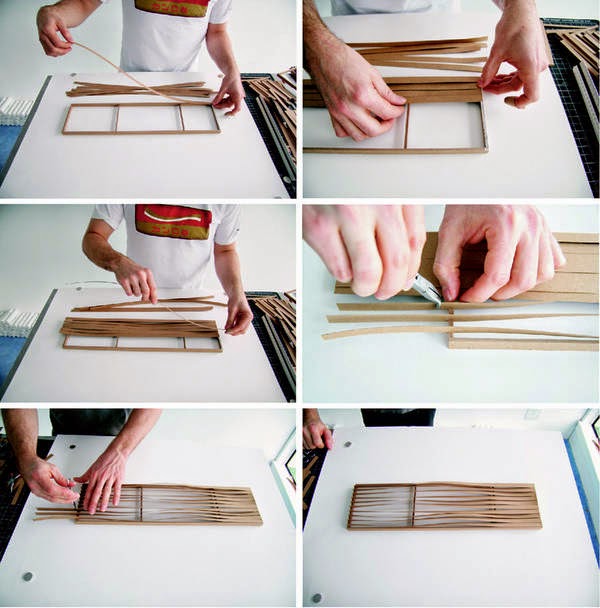 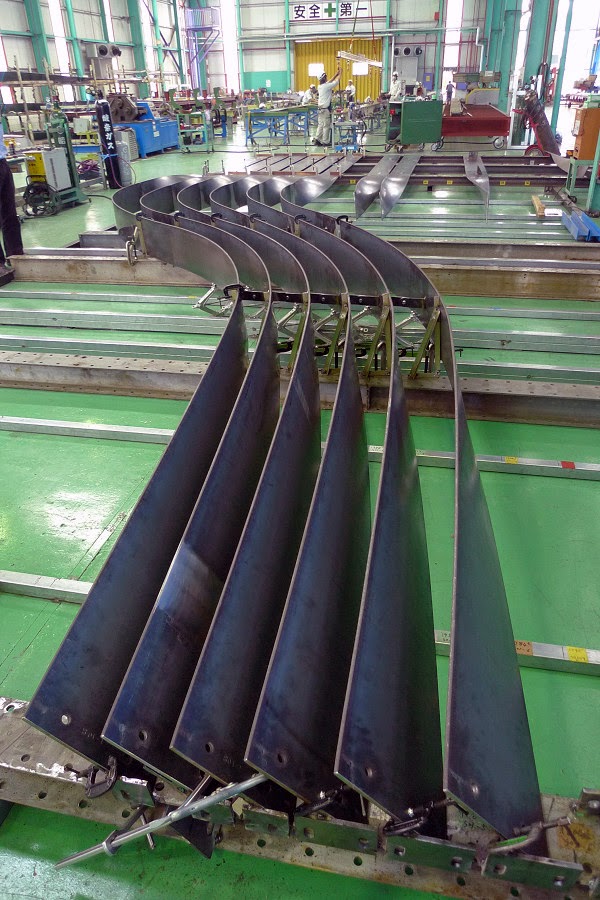