The Cité du Design (Lyon, France), project by LIN architects was developed in an existing building which used to be a factory, in 2009. The project has an extended cultural program which is developed in an open plan enclosed by an envelope system that includes the walls and roof.

This system composed by a latticed 3D structure on the whole enclosure of the building allows the interior of the hall to be left open without any supports or beam in the way. The latticed structure is composed by 14.000 equilateral triangles which are made from eleven different materials in order to control light, temperature, air flow and energy production. The materials also allow the triangles to vary from opaque to semi-transparent. The technologies applied in the triangles together with the photovoltaic cells are being tested by the Constructive Technology center in order to follow the efficiency of the system and until the moment the system is still under study. 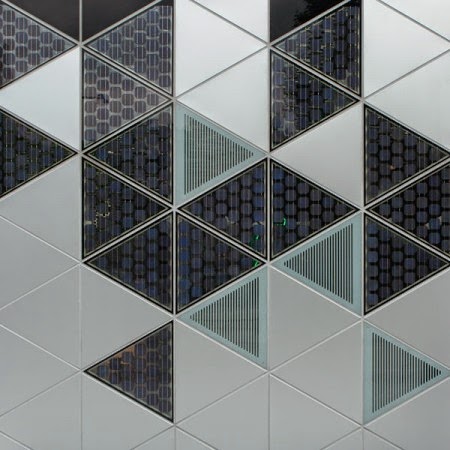 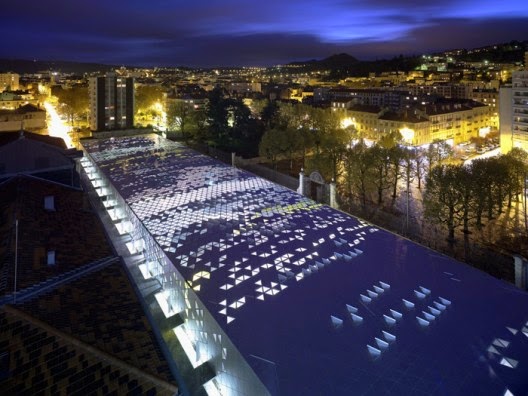 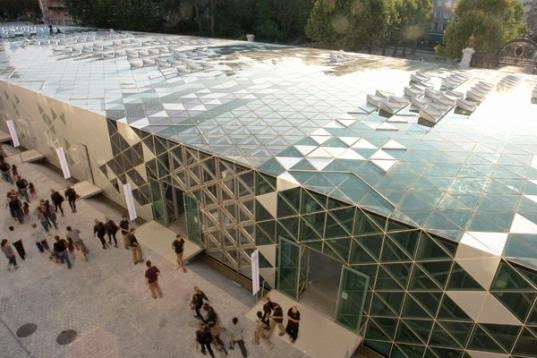 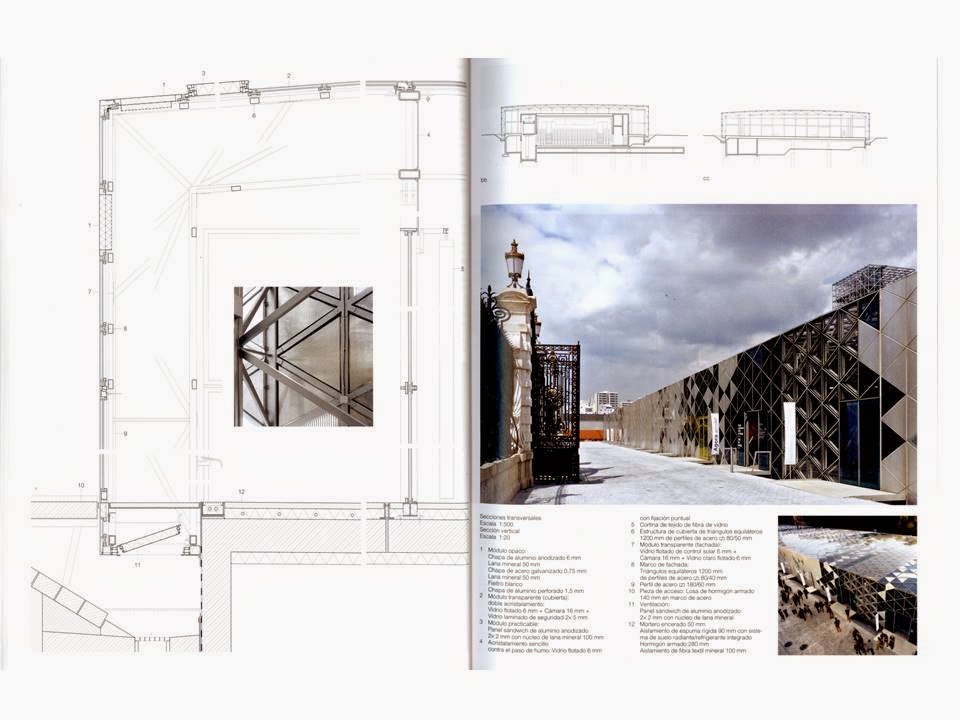 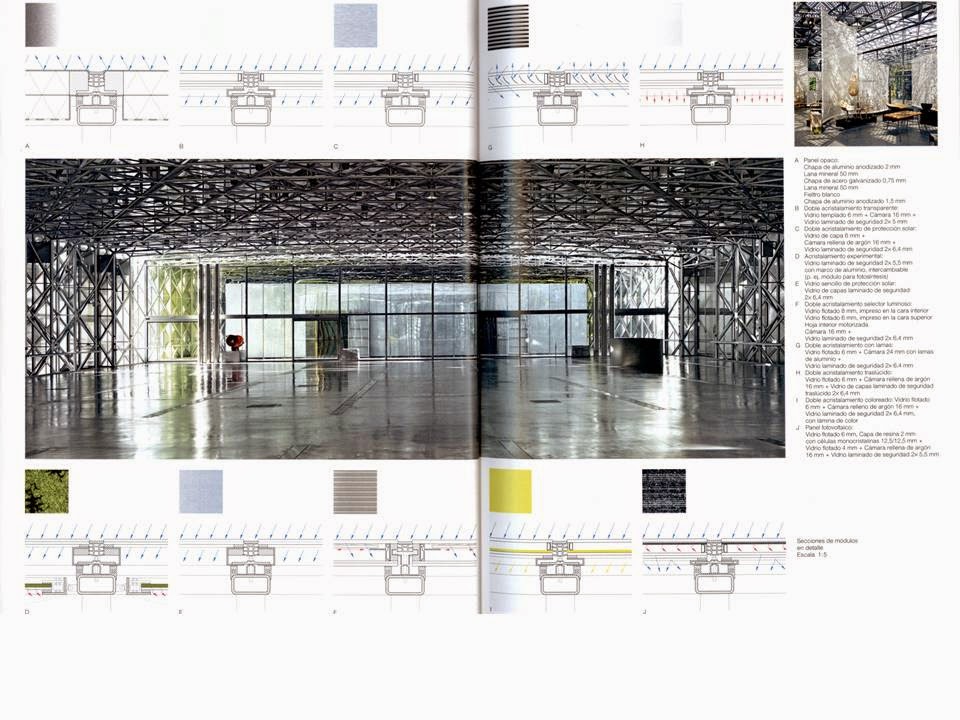