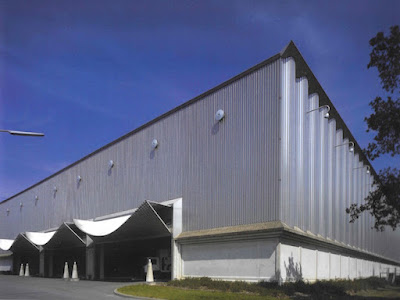 Ernstings Mini-Laden is a casual-wear retailer with headquarters in a rural area on the outskirts of Coesfeld in northern Germany.  The Warehouse is located next to Ernstings¹ original building. The brief asked for a design that would go beyond mere functionality to provide the company with an enhanced, representative image within the textile sector.
The warehouse, the subject of the competition, was designed by Gerzi,  a firm specializing in the textile industry, which was also responsible for organizing and planning the underlying structure of the warehouse; a large concrete frame with masonry infill.

Calatrava proposed cladding the new building in a single material,with each facade treated as an independent event.  The proposal served as both an exercise in the global application of a single material and as an investigation into the varied ways of using untreated aluminum, a staple of industrial construction, to give expression to a straightforward and predetermined structure.
In realizing the project, Calatrava employed aluminum to produce different effects of texture and light.  The corrugated southern facade responds to sunlight as if it were a giant sculpture.  Its verticality contrasts with the northern facade, that only receives light when the sun is at its zenith, where the emphasis is horizontal with a specially formed S-profile cladding.

The corners are treated as points of transition with certain elements serving as characteristic features.  The bridge that links the original building to the northwest corner of the new warehouse is an aluminum-clad space-frame that also houses a conveyor system. For the loading bay doors, vertical slats are hinged along a curved line and connected at their lower points to a horizontal frame, that can be raised or lowered.

When the frame is raised the vertical slats leave the plane of the facade and, due to the differentiated triple-jointing of each U-shaped extruded profile, assume the shape of a graceful cantilevered roof. These bay doors were the first application of an idea that originated in a sculpture by Calatrava; a form based on the shape of the human eye.  Here, the form became an experiment in kinetics, used to investigate the mechanical transformation of planes in a building. 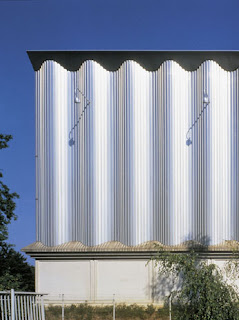 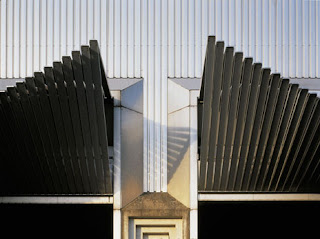 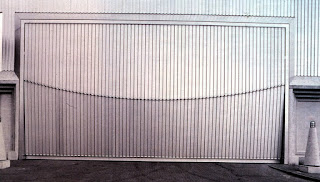 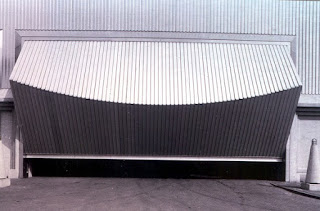 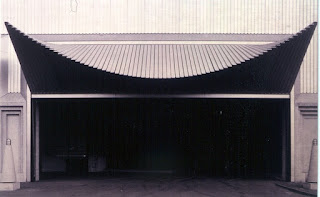 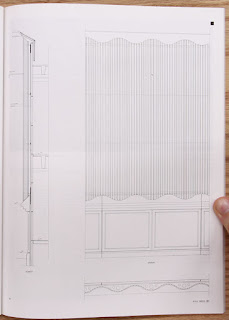 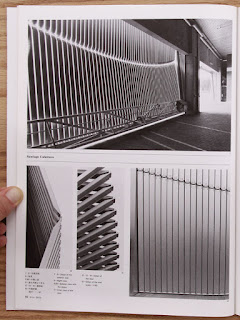 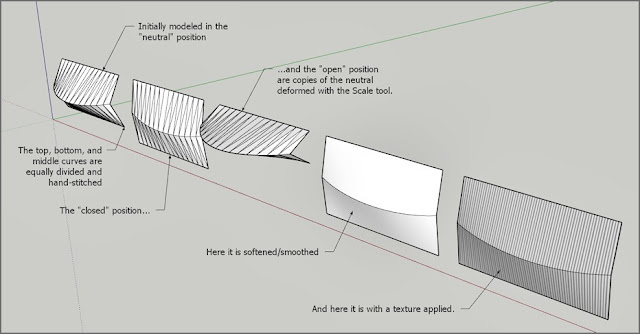